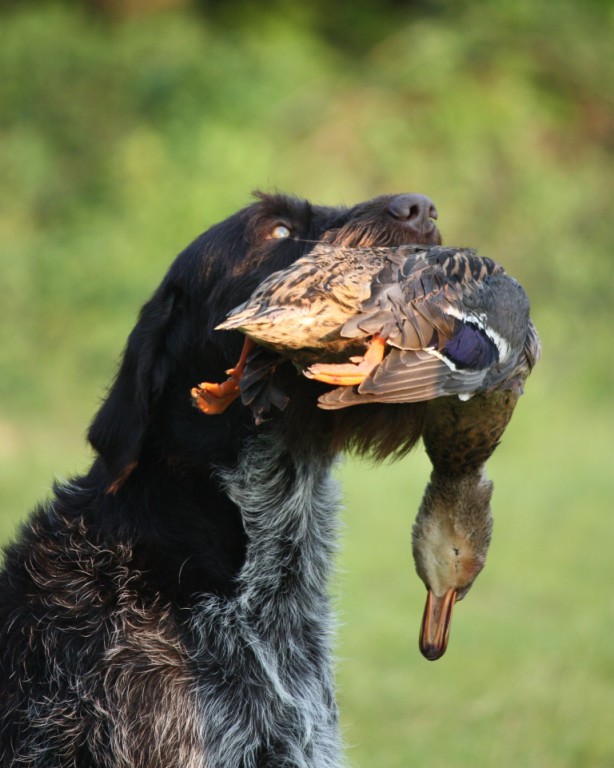 The Cesky Fousek or Bohemian Wirehaired Pointing Griffon is a very social, friendly and affectionate versatile hunting dog of the Griffon type that can be put to work both before and after the shot. He has a high hunting drive and is predator-sharp.
In its country of origin selection is very much in terms of versatility. Consequently, the CF still possess the innate hunting aptitude for work in the open field, in water and in the forest.

The working characteristics and appearance (not character) of the Cesky Fousek is very similar to the of the German Wirehaired Pointer. 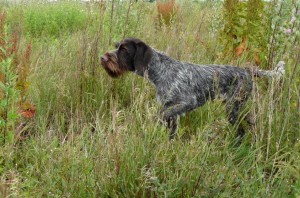 German Wirehaired Pointers in Holland have now developed into broad-ranging hunters, due to import from Italy. They perform at the top of pointing dogs in fieldwork (feather). A good CF however, is very nearly comparable. In low cover encountered in early spring or the autumn stubble fields the CF will range at 200 – 300m. In higher cover both the manner of search and the scope will immediately be adjusted. A rough area or a stand of rushes is no problem. The CF will stay closer and work the area more intensively.
During the search the CF works with the head held in a line with the back. It seems rather typical for the Cesky Fousek to take up foot scent sometimes (without dropping the nose), and following this, stalking like a prowling tiger, meanwhile lifting the head to the body scent and finally pointing quite close. The head stays as was when the search was completed. For partridge on an early spring low-covered field that will be high; hunting along a border of higher cover the dog is likely to make a sudden turn to point the game there, so that the head will be held lower. The point is very intense and with authority, and the dog will not hesitate to block the wily cock-pheasant that seeks to sneak away, on condition that the dog has not been overly restrained when he was young.